In medieval times, animals who had been accused of committing crimes were brought to court, provided defence counsel and prosecuted in full hearings before a judge.

For the Compass Festival 2018, artist Jack Tan created a fictional “Department of Animal Justice”, and staged a series of live ‘moot’ (or should that be “MOO-T”?!) animal trials before a judge and jury at the old Victorian courtroom in Leeds Town Hall (detail here)

I was the Judge for the first trial, a Jack Russell on trial for sheep-worrying, a potential death penalty case, but thankfully on this occasion the only thing hung were the jury (unable to reach a decision)

In a later trial I successfully defended a Staffordshire Bull Terrier accused of being a “dangerous dog”, after being provided with prosecution witness statements and a defence proof of evidence, just as I would in a contemporary criminal case. One difference here was that the dog appeared in the dock, rather than the owner. I have defended in real dangerous dog cases where of course the owner is the defendant, but in either case it is the animal that faces the ultimate penalty (a “destruction order”). 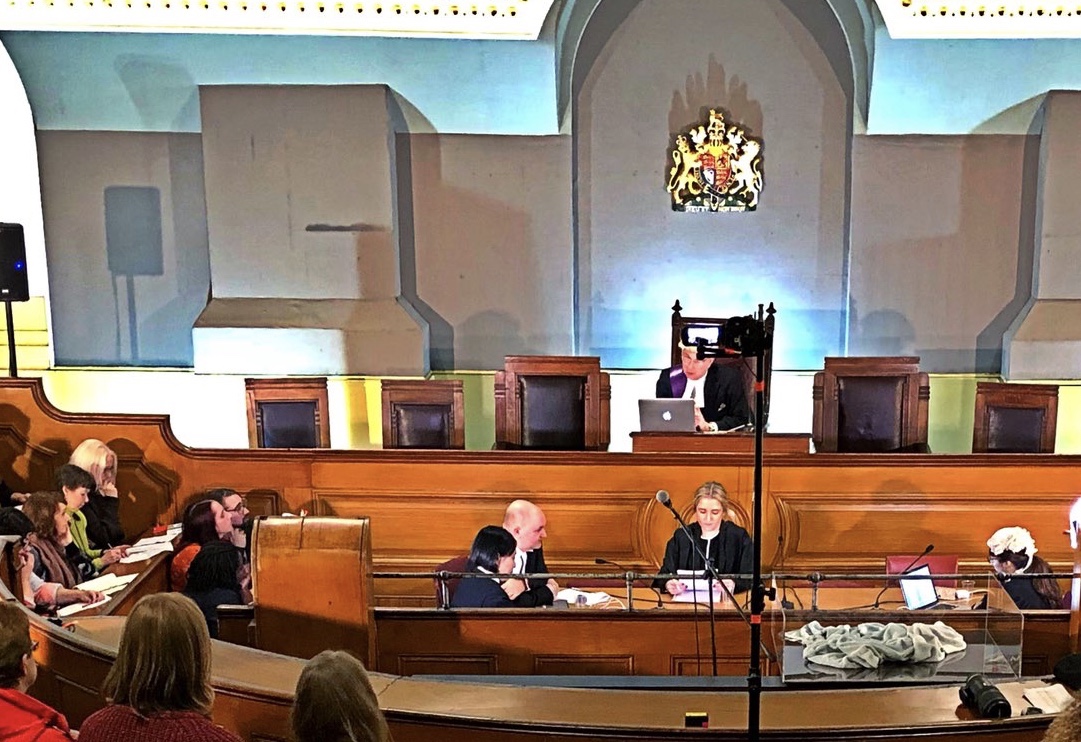 Jack Tan is an artist with a legal background, his attention to detail meant that the proceedings were as faithful a representation of an actual case as could be imagined, albeit with a curtailment of jury deliberation time, compensated by the added interest that the audience could discretely “listen-in” to the deliberations, which were amplified. One juror went on to review the event here.

The event was a huge success, and enormous fun. Jack Tan intends to bring the event to London- definitely one to look out for.