playlist: “bike theft in Islington”-click here to listen
Bike Theft in Islington
About 1500 cycles were reported stolen in the London Borough of Islington in 2013 and about the same the year before. (One of them was mine.) The true figure is almost certainly higher, as many people in Islington no longer bother to report the loss of a push-bike.
I was able to get confirmation of how many of the 3000 bikes stolen were recovered- the answer being about 5%.
It is hard to imagine many crimes where the clear-up rate would be so low, or considered acceptable. Article in Islington Tribune here

A year later, and some Islington Cyclists had their bikes stolen and had to compete in charity race on Boris Bikes (as reported in Standard 08/16)

What is needed:-
1 Recognising bike theft as a crime and allocating police resources to preventing, deterring and solving bike-theft
( on 27/02/14 – I proposed an amendment to Islington budget to provide additional funding for that instead of propaganda and Councillor allowances, but the amendment was defeated by Labour)
2 Council provision and encouragement of more (and better) secure cycle storage
3 Better and more co-ordinated bike identification, so that every bike sold in LBI should be properly marked, identifiable and traceable at point of sale

Notes
Islington Cyclist? link to ICAG website
Islington:- a Borough where it is not safe to leave a bike locked up in public
However, cycle racks are pointless if cyclists have no confidence that their bike properly locked and secured will still be there on their return. Bike thieves in Islington now act with impunity, pushing cycle theft to epidemic proportions. Many stolen bikes are then used to commit ride-by robberies, making Islington the phone-snatch capital of London.
The Labour Council have failed to act, and chose to divert resources away from traditional policing to CCTV. It was interesting to watch a film of someone stealing my bike, but it didn’t prevent the theft, or get it returned.
I’ve had three bikes and one set of wheels stolen in Islington in ten years, and will no longer cycle in the Borough if there is not secure indoor storage at the other end of the journey. It’s simply not safe to do so. 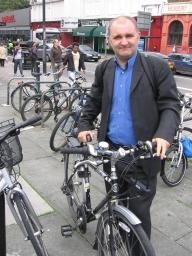 Have a listen to a Human Rights playlist here
There are totalitarian States where people’s rights are severely restricted if recognised at all, and there are Countries which acknowledge and allow basic freedoms. Which type of State would you prefer to reside in?
In most European Countries our rights are enshrined in the European Convention on Human Rights (ECHR)
It is strange then that the “human rights” have become vilified and derided, by popular media and some politicians. So effective has the drip-drip of poisonous anti-Human rights propaganda been, that many people now think of “Human Rights” in a negative way, and Human Rights have bome a political football.

Rather than applicants having to exhaust domestic remedies and then petition Stasbourg, the 1997 Human Rights Act incorporated convention rights into UK law. It was a sensible piece of legislation, and although we should give credit to Labour for its introduction there was some cross-party support at the time.

Labour continue to support the Human Rights Act as do the Liberal Democrats and the Green Party, but the Tory Leadership toys with the abolition of the Act, and even withdrawal from the ECHR, talking instead of a “British” Bill of Rights.
It infuriates some when rights are invoked by undesirable types, eg prisoners (limited right in certain circumstances to vote) or “criminals” (often including those accused of but not convicted of crime)
Tory Home Secretary Theresa May recently said those that support The ECHR care “more about criminals than the rest of us”
That is a pernicious and entirely false argument. Supporters of rights consider them universal, equally applicable to all. Anyone accused of a criminal offence has a right to a fair trial, whether guilty or innocent (falsely accused). Ironically, under the HRA victim rights have developed faster than defendant rights, making the Act more of a Victims charter than the Villains Charter it is often mis-named.
Although we all enjoy protected rights, many of us never have them infringed. It is those on the margins- stateless, homeless, mentally ill, prisoners, the really vulnerable who most frequently have rights infringed or ignored (acknowledged by Lord Bingham in his acclaimed speech to Liberty. ) These groups are not a politically popular constituency. But rights belong to us all, or none of us. In taking away rights(or the ability to enforce them) from marginalised groups, we lose them ourselves, and may only realise their true worth when it is too late.
Theresa May promised to scrap the Human Rights Act, notwithstanding the fact that the European Court of Human Rights was championed by Winston Churchill, and designed after the horrors of WW2 to protect individual rights and freedoms from tyranny. Those rights have not changed, and once they are gone it’s not just “immigrants and criminals” who lose them- we all do. These include your right to privacy, to freedom of expression, family life and right to a fair trial. Which of those would you want to lose?
In fact, human rights reflect values of fairness and tolerance which are considered to be British values (and virtues) by some of those who denigrate the HRA.
There have been many good uses of human rights legislation of which we should all be proud, as pointed out by Amnesty International here.

Now as Cameron and Co. continue planning to replace the HRA with a “Bill of Rights” (a proposal described by Liberty as legally illiterate”) championed by  Chris Grayling.

I call on everyone to oppose these proposals, and support Human Rights. 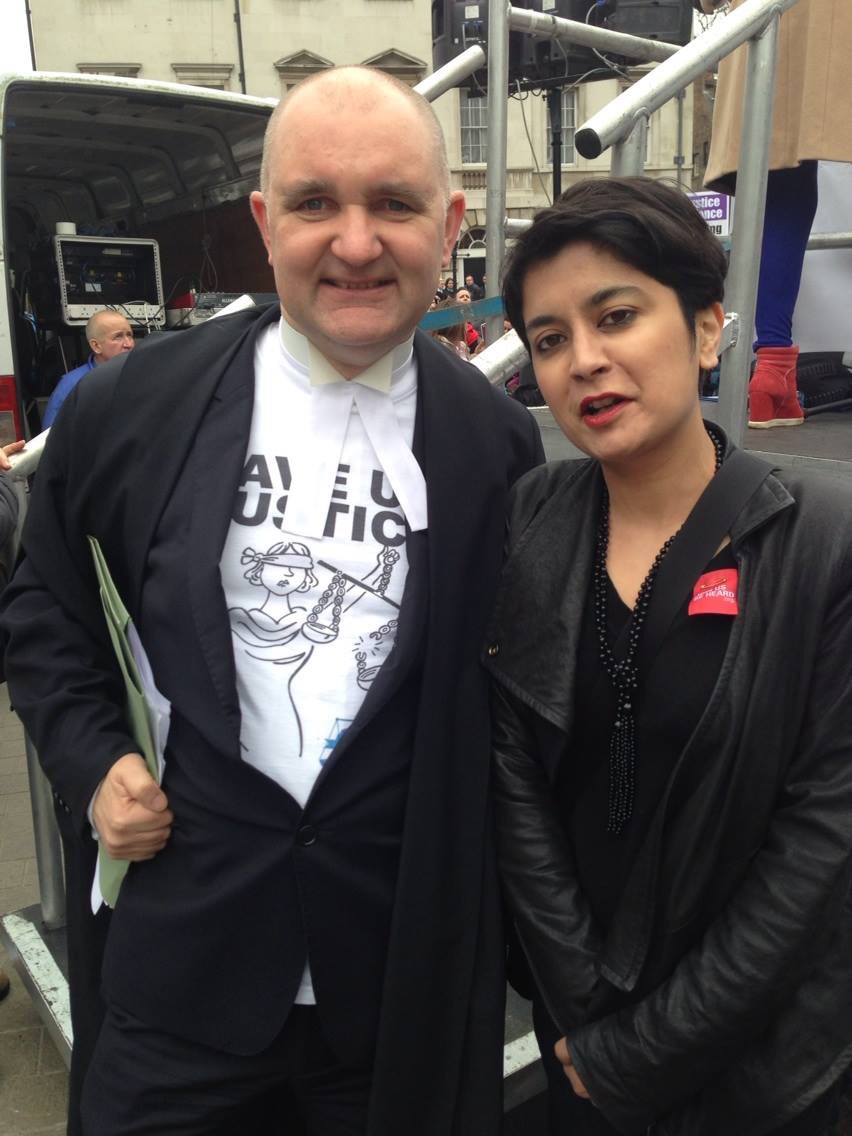 As the great Bob Marley said “Get up, stand up, stand up for your rights” (full lyrics here) 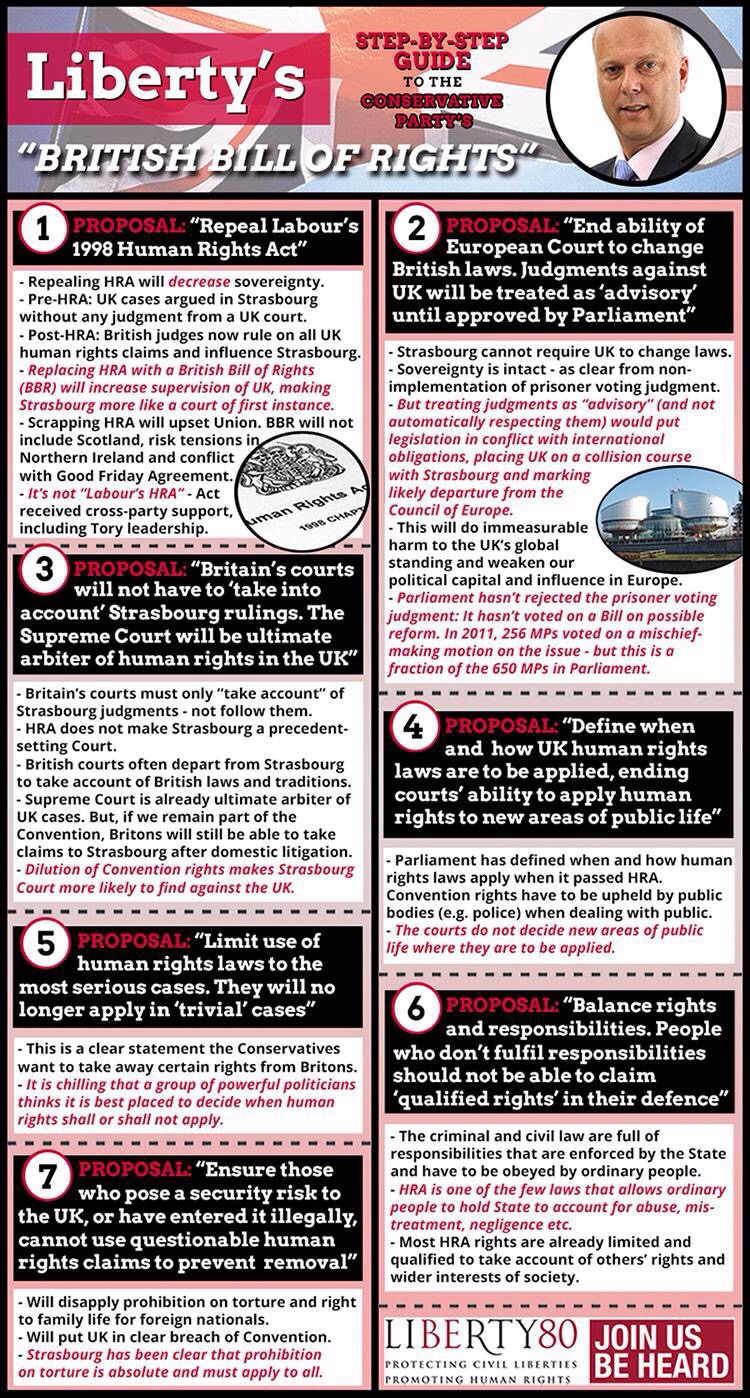