Many of the people who come through magistrates’ court commit low-level offences and go on to commit them again and again without the underlying causes being tackled. Typically, the seriousness of offences means they receive fines or conditional discharges and therefore no support from statutory agencies. But very often they end up returning to court – 40% of fines go unpaid and a third of people receiving a conditional discharge reoffend within a year.

In South West England, action is taken to stop this revolving door via CASS (http://cassplus.org/). CASS is a service that has been running for almost ten years and provides support to people coming to court in Plymouth, Truro and Bodmin. It is open to anyone – defendants, but also victims, witnesses and family members. There are very few limits on the kind of help that the service will provide. While there are some mainstays – namely drug and alcohol treatment referrals, information about community mental health care, practical support with debts or benefits – CASS has helped clients across with a huge range of issues. See our recent evaluation of this service here.

The Community Advice Service at Highbury

Inspired by this work, we at the Centre for Justice Innovation worked with partners from the North London Local Justice Area over 18 months to see whether we could set up something similar at Highbury Corner Magistrates’ Court. The result is the Community Advice service, which has been delivered by RCJ Advice Bureau (http://www.rcjadvice.org.uk/) from the court since January 2015. Attending court can be confusing and intimidating, so the service works to identify those in need of immediate help, engaging the majority through proactive targeting in court rooms and public areas, as well as receiving referrals from solicitors, court staff and probation. The people seen present with a range of difficulties, with the most common being housing, benefits and debt, and mental health.

Community Advice is currently delivered by a paid coordinator and team of CAB-trained volunteers. It provides immediate help and advice with practical issues such as benefit claims, debt and housing, as well as offering emotional support. It also helps people find out about and access long-term support services in the community such as alcohol treatment, mental health services and supported housing.

But most importantly of all, the service needs to know if it is making a difference to those using it. The team follows up with everyone who agrees to this for up to six months to check on their progress and see if they need any more support. The outcomes being reported are very positive, with 60% of people contacted at six months saying their issues have been resolved. Additionally, at two weeks, a third reported their issues were either resolved or better, rising to almost two thirds two months after using the service. A third of people using the service had visited the referrals that had been made by the service after two weeks, and this increased to 80% by two months. The majority of people at all stages of follow-up reported a high levels of helpfulness from the services to which they had been referred.

Could More be Done?

With such positive outcomes, the question remains as to why this kind of service is not more prevalent. Pulling together the right partners and identifying funding can be challenging, but tackling the underlying problems that lead people to commit crime not only helps the individual but can also help the criminal justice system to meet its aims as well as being better for society overall.

We remain keen to identify and work with other courts to recognise the benefits of services such as this and where appropriate to develop similar initiatives that respond to the needs of the people who continue to come through their courts time and again.

Joanne Thomas is Innovative Practice Manager at the Centre for Justice Innovation, a research and development charity which works towards a British justice system that reduces crime and in which all of our people can place their trust. 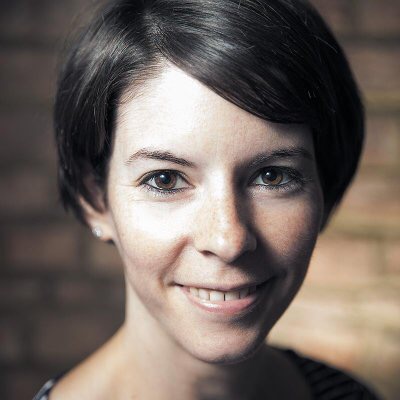