Last November, at our AGM, many members were still tied up in litigation after the award of contracts in LAA’s botched two- tier contracting exercise.

That contracting, initiated by Grayling, followed an unsuccessful JR by the Association in 2015 against the whole tendering process, which despite generous contributions by members, depleted our resources as we had to fund that action.

Counsel’s fees alone were in excess of £100k, and our action, including those fees, brought this Association to our knees financially. The committee and membership were also physically and mentally exhausted, after several years of desperate campaigning against Legal Aid cuts.

So when I agreed, at short notice, to take up the Presidency I did wonder whether we would survive.

Would solicitors, demoralised and involved in litigation, renew their memberships?

Well you did rejoin, our membership is solid, we remain a dynamic accountable representative body -I thank you.

And our AGM dinner sold out, and was the best-attended ever.

And then, in January this year, Gove abandoned two-tier!

And now, tonight, the Summer Party!

Sold out, because you are here, solicitors, counsel, members, friends.

Not on our knees, but standing shoulder to shoulder.

Tonight we are here to party, but we are also ready for battles ahead, with whoever takes over as Lord Chancellor, ready to deal with whatever new idiocies are inflicted soon us by the MOJ, and take on the Courts with their increasing managerialism.

So Thank you all for coming tonight, and your ongoing support for this Association.

We did ask the Public Law set,  whose Counsel earned well over £100k in that unsuccessful JR, whether they would as a gesture sponsor this event. They would not.

Thankfully therefore, our friends at Doughty St chambers stepped up and have sponsored tonight’s party. Their generous sponsorship means we keep the costs down, and have more drinks available. I thank them

This event is not run at a profit, and I took the decision to dispense with the tradition of inviting Judges as paid-for guests. Of course, there is nothing to stop members inviting Judges as guests, or in years to come Judges buying their own tickets to attend, and I hope they will do so. Instead this year I chose to subsidise tickets for trainee solicitors or paralegals, and I am delighted to see some younger members of the profession here tonight, albeit slightly concerned about their ability to drink…..

You guys are the future, please join the Association and ensure it survives to serve your futures

I thought I would invite the Big Firms Group tonight, so I looked to their website to get contact details, but they do not have one. They have, so far as I can tell, neither website, constitution or elected officers. But they continue to have a seat at the table in talks with the MOJ. and are recognised by the Law Society as a practitioner group. This has got to stop. We have now way of knowing how many solicitors this group represents, although clearly it is representing the owners of those firms rather than the employees.

This association alone aims to represent the interests of all criminal solicitors in London:-

Of course we sometimes have competing or even conflicting interests, but we try to resolve these fairly, and we recognise we have more in common than those issues that divide us, we have re-learned the important adage that United we Stand, Divided we Fall.

Traditionally, this event was a black-tie dinner, with a top-table and speeches.

I  invited two special guests to this event to my “virtual” top table.

Firstly, the SoS for Justice,  the Right Honourable Michael GOVE MP.
Gove ended two tier, and reversed many other Grayling policies including the Criminal Courts Charge. He spent his first six months on prison reform, and the remaining time campaigning successfully for Brexit and unsuccessfully to be PM. As a result, he has largely left us alone, and I thank him for it.

Michael Gove has many failings

But manifestly less than Grayling’s

He is, I regret to say, not here.
So, instead of Michael GOVE, I introduce to you… Michael GLOVE (introduces the Gove/glove  puppet)

And when you think about it, Gove is a bit like a right-handed glove- all fingers and thumbs, limp and floppy, and useless on it’s own…

My second invited guest is a good friend of Gove, Gary Bell QC

I thought it would be helpful for him to be here not just for us but for him.

As you all know, he has appointed himself chair of an advisory panel on the justice system, terms of reference unknown, and with his friends as members. He is also by his own admission sometimes ‘used as a bit of a conduit by the Criminal Bar Association’. I thought he may want to hear our views, I know you would want to share them.

He, I regret to say, is not here either.

I understand he holds strong views about solicitor advocates, who he says are :-

“insufficiently qualified” and ‘not up to the job’, and firms that employ them are “venal”  (see here for full quotes)

I was hoping we could take the opportunity to put Gary straight on some of those views.

But he has not replied, so instead I have Gary “Alarm- Bell”

And when you think about it, any lawyer making such pejorative comments. tick-tocking  away with ill-informed remarks about HCAs would be a bit of a clock, albeit without the second consonant.

And so I don’t have MGMP or GBQC here in person as actual entities, and I can present them to you tonight only as non-entities on my virtual top-table, and I stand between them, the Gove-end, and the other end.

To PSP (the firm with most attendees here tonight!)

To Sara, (our administrator) and my fantastic committee (a special mention to Rhona Friedman at Bindmans!)

To Stuart Wild and Nigel Edwards, from Save UK Justice, who have yravelled from outside London to be here!

To 25 BR who are here in numbers, and are sponsoring our Autumn conference in Ghent (along with 5SAH)

And To Doughty St for support tonight

On which note I would like to introduce and welcome from DS:- FFQC

Francis is currently vice chair of CBA, and soon assumes the helm.

I wish him well, and I look forward to us working together.

So, two things – firstly a toast:  “the Association”

And secondly a warm welcome to FFQC and a show of appreciation to DS chambers! 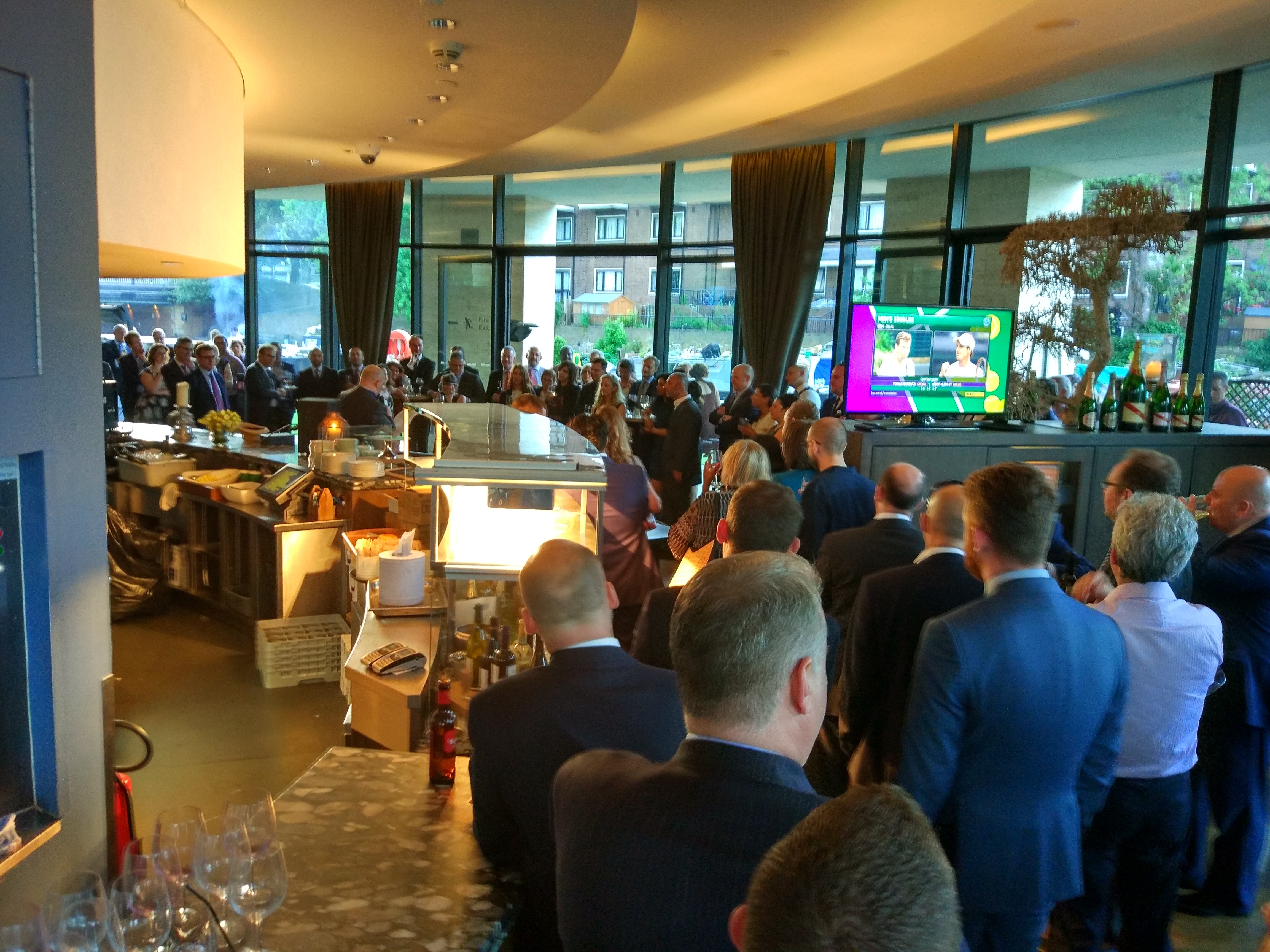