Michael Foot was born in Plymouth, Devon, and a Lord Mayor of Plymouth. He served as Labour MP for Plymouth Devonport from 1945-1955, and was Labour Party Leader 1980-1983.

A memorial, funded by public subscription and fundraising, was unveiled in Plymouth in August 2015. 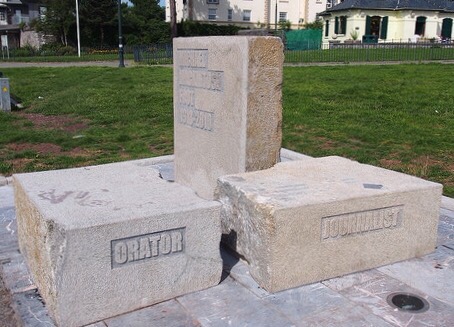 The memorial was defaced with nazi graffiti in July 2016, following the Brexit vote.  A response to the graffiti  in chalk was later added by a local artist, quoting Michael Foot. Both original graffiti and response were removed by the local Council.

The blog below ( published 15/07) is a response by Michael Foot’s great-nephew, solicitor Matt Foot. A version was later reprinted (with permission) by the Plymouth Evening Herald here.

My first thought when I saw that my Great Uncle Michael’s Memorial had been daubed with fascist graffiti was for Michael’s niece Alison Highet. She was the driving force to ensure the Memorial came to being, only to see it abused with a swastika.

When Thatcher died the state (us that is) paid £3.2 million for her funeral, but no money was proffered for Michael. Fittingly, a campaign obtained funding for this Memorial in Freedom Fields opposite the house where he was born. It recognises Michael alongside his unique contribution to his beloved Plymouth, whose constituents he served, and then supported all his life, including becoming an honorary member of its football team at the age of 90.

It is a special place for our family to remember him.

The response to the racist graffiti has been tremendous, with widespread disdain in the community, press and social media. Especially so the contribution of a local artist who used chalk to draw one of Michael’s famous quotes in front of the memorial,

“We are here to provide for all those who are weaker and hungrier, more battered and crippled than ourselves. That is our only certain good and great purpose – Michael Foot, 1983.”

Thank you to the sympathiser who sent me the marvellous poem ‘V’ by Tony Harrison, written after he found his parents gravestone defaced. Michael would have approved – he never missed an opportunity to inspire others to read literature and poetry.

The Memorial also celebrates Michael the peace activist, and no doubt in the week of the Chilcot Inquiry, he would be insisting we reread Tony Harrison’s “A Cold Calling” written in 1991 during the First Gulf war but which would make a fitting forward to the Inquiry:-

I saw the charred Iraqi lean towards me from bomb-blasted screen,

his windscreen wiper like a pen ready to write down thoughts for men,

his windscreen wiper like a quill he’s reaching for to make his will.

I saw the charred Iraqi lean like someone made of Plasticine

as though he’d stopped to ask the way and this is what I heard him say:

“Don’t be afraid I’ve picked on you for this exclusive interview.

Isn’t it your sort of poet’s task to find words for this frightening mask?

If that gadget that you’ve got records words from such scorched vocal cords,

press RECORD before some dog devours me mid-monologue.”

So I held the shaking microphone closer to the crumbling bone:

“I read the news of three wise men who left their sperm in nitrogen,

three foes of ours, three wise Marines with sample flasks and magazines,

three wise soldiers from Seattle who banked their sperm before the battle. 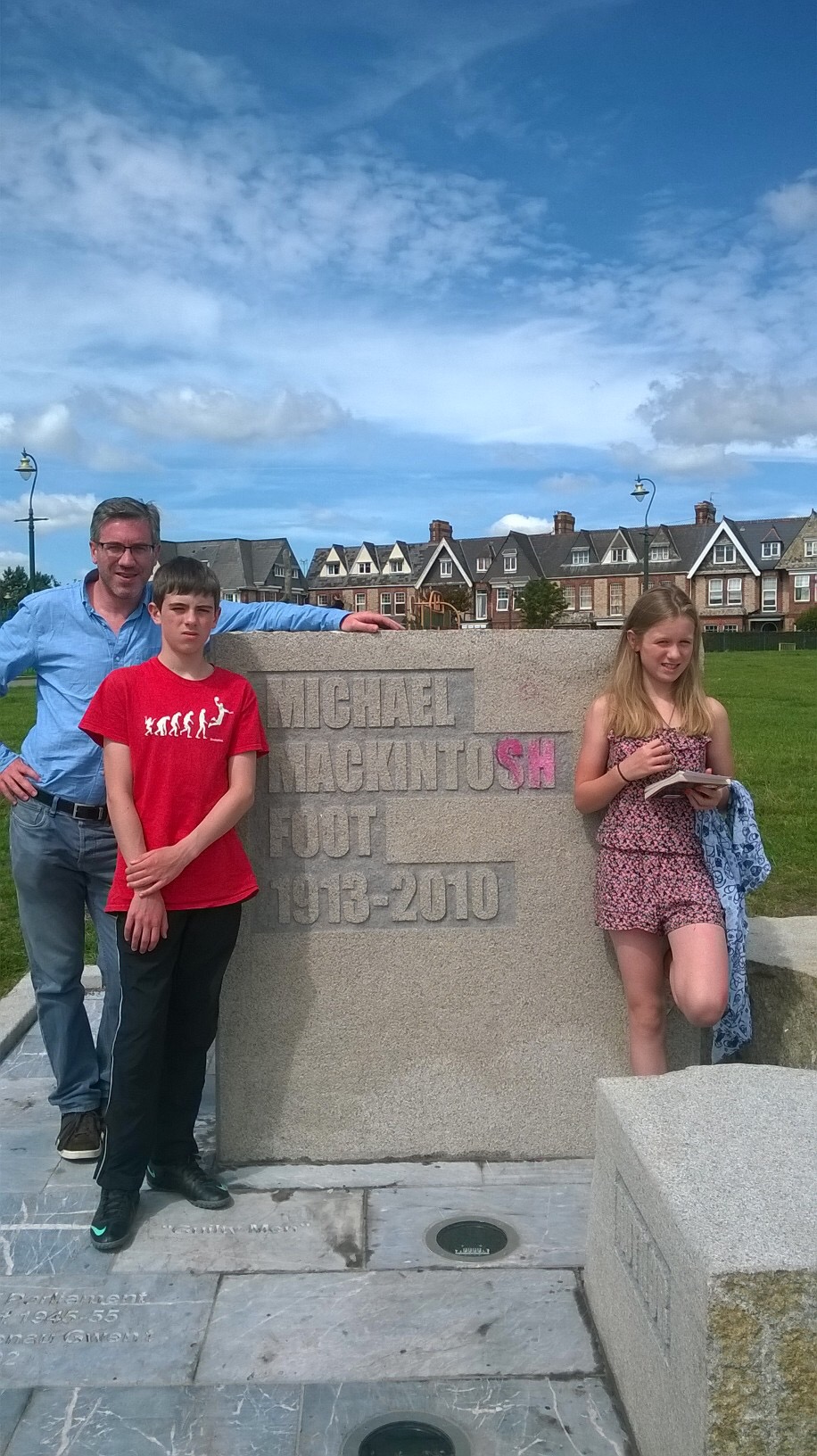 Matt Foot is a solicitor with Birnberg Peirce in London.
Both author Matt Foot, and blog editor Greg Foxsmith, are also fans of Plymouth Argyle (as was Michael Foot)