Anybody who describes prison as a “holiday camp” has either never been to prison, or never been on holiday- the reality of contemporary incarceration is boredom from enforced idleness, interspersed with occasional violence (assaults are rife) but little support for rehabilitation programmes or tackling prevalent issues of mental health. Cuts to staffing levels have overlapped with a rapidly rising prison population. Recent reports by the Prison Inspectorate have been damming.

Books do not in themselves provide a panacea, but they are a good start. They provide education, help literacy and personal development, and broaden the mind.

The purpose of prison is punishment and rehabilitation- the first is implicit in the removal of liberty by being locked up, the second currently not achieved by draconian policies that fail to tackle the root causes of offending behaviour. In Nelson Mandela’s moving autobiography “Long Walk to Freedom”, he writes of the value and importance of books to him through his long period of imprisonment. Everyone but Grayling could see the value of books within prison.

In March last year I joined a demonstration against the book ban outside Pentonville prison organised by the Howard League for Penal Reform, and supported by authors including the Poet Laureate. See a short video clip here. 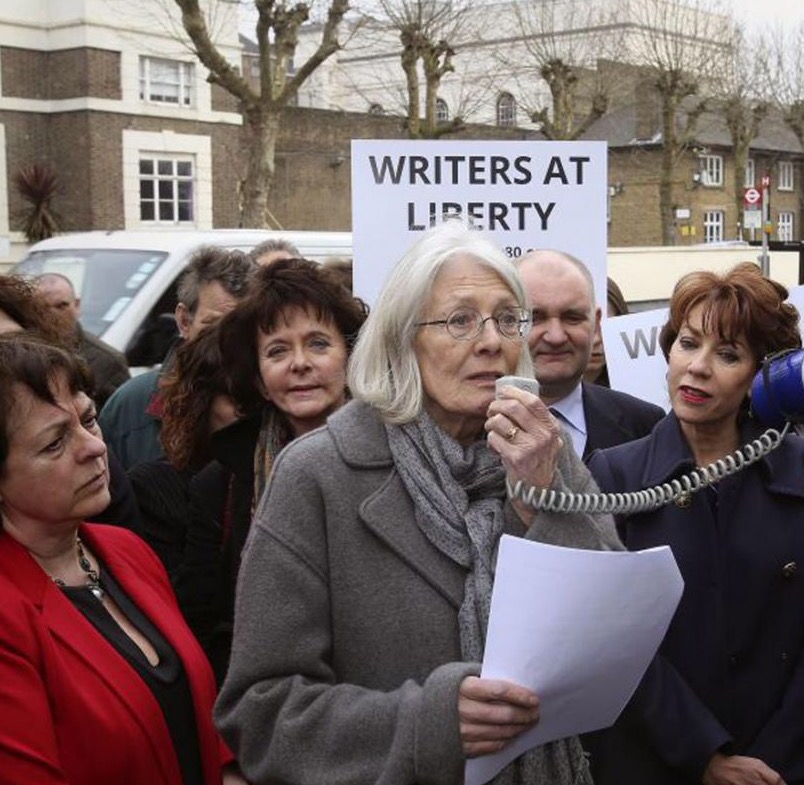 The reversal came initially as a result of a successful Judicial Review brought by solicitor Samuel Genen and counsel (all acting pro-bono) -read more about that here. The High Court ruled the policy was unlawful. Gove then confirmed in July the complete relaxation of the unfair and arbitrary rules Grayling introduced. That is a victory- unlawful policies do not always lead to policy reversal -look at the vexed issue of prisoner voting.

Now we no longer have a book ban, and we now longer have Grayling despoiling the office of Lord Chancellor. So what of his successor?

Gove has said that “the most useful thing we can do is make sure prisoners are usefully employed, and improve literacy, numeracy and work skills”. Will he act or are these just “words”?

I would suggest the most useful thing Gove could do would be to reduce the prison population by crime prevention and successful rehabilitation, and reducing the numbers imprisoned for pointless short sentences for non-violent crime.  This in turn would save money, which could be redeployed to properly fund the Justice system. Government cuts to Legal aid have put our Justice system at risk. The spending cuts were ideological, deferring costs elsewhere in the system.

Grayling was a wrecker, who for what he hoped would gain him short term popularity damaged both the Criminal Justice system and an effective penal system.

Gove has a long way to go to fix these problems, but reversing the book ban was a good start.