LEGAL AID PLEDGE  For a just and fair society

The most recent You-Gov poll on access to justice found that 84% of people said legal aid and a fair trial were fundamental rights. I agree!

If elected as an MP I pledge that :-

1.    I will seek to ensure that the principle of access to justice for all will be upheld and protected

2.     I will ensure that the integrity of an independent justice system is maintained and promoted

3.    I will not support any further cuts to the legal aid budget in the next Parliament

4.    I will support a review of access to justice within the first year of a new parliament to consider the effect of cumulative cuts and changes to legal aid funding.

1 The Vote For Justice campaign was first organised by the LCCSA, for the 2015 election, and backed by Justice Campaigners and Legal Aid Supporters. It is non-Party Political, but campaigners will actively promote candidates of any party who sign (for example in Haringey at the last election, we supported Catherine West who signed the pledge, unseating incumbent Lynne Featherstone who did not) 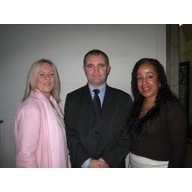