You can enjoy a playlist about recycling whilst reading this piece-why not give it a listen?!

LABOURS COMPULSORY RECYCLING-TIME FOR A CHANGE
Introduction
Under Labour Control, Islington Council have introduced a compulsory recycling policy, snooped through residents bins, and issued fines-as set out in the Islington Gazette here
Now the Councils stats in their report and have set an unambitious target of less than 1% in two years.
Most people understand why it is important to recycle more (as well as re-using items where possible and reducing waste in general.) Polling shows that most people actually want to recycle more, and what is needed to achieve a higher rate of recycling is encouragement and the provision of adequate facilities. What residents don’t want is a coercive policy, with a bullying Council issuing threats, followed by fines, and which makes recycling mandatory rather than desirable. Pensioners have said they would rather go to prison than pay fines unfair recycling fines (example here)
Evidence shows that such an approach is counter-productive, perhaps unsurprisingly as to make such a policy effective, it requires the Council to snoop through its citizen’s bins, spying on those it should be serving.
Islington’s Labour Council have proved this with their compulsory recycling policy, a policy introduced without warning ( it was not in their manifesto) or debate.(This was the subject of criticism at the time, which was of course ignored by the Labour Executive)
The policy means in practical terms the imposition of fines for those deemed to be not recycling enough, which necessitates council resources being deployed not to collect or recycle your rubbish, but checking through it to see what residents have put in one bin or another. This practice has been condemned locally as “the return of the bin snoopers” (see Gazette article above or Tribune article here)
It is a straightforward issue. You either support compulsory Recycling (Islington Labour Councillors) or you do not (most of the rest of us). But it is important to the debate to know whether the policy works, or at least (if causation unclear) whether recycling is rising or falling since the policy change.
Policy not working
Fact is, recycling under Labour has fallen in Islington since the introduction of compulsory recycling.
Islington Labour deny the fall, even in the face of the Councils own figures which prove the case.
Take for example the Tribune article link above.
In this, we see “Environment chief Cllr Rakhia Ismail said : “Recycling rates are up since we introduced compulsory recycling.”
Yet the report on which the news item is based, an official Council document, shows a fall in the figures. The author of that report? The same Cllr Ismail. The report is published and publicly available here
By 21 September there was an acknowledgement of a a drop, blamed on “government cuts” in this tweet
That’s not the first time that excuse has been deployed-it was a favourite of Cllr Ismail’s bungling predecessor as Exec member for environment-the hapless Cllr Paul Smith (later reshuffled or sacked) – see e.g. here
Then, in a further tweet there is a denial that the Council engages in bin snooping. Once again, to establish the truth we may merely look at the report signed off by Cllr Ismail , which states that 11 people so far have been fined (and many more-number unspecified-warned) under the compulsory policy. Short of using a psychic, or randomly selecting people to fine (a bit like jury selection) , then there must have been some kind of intrusive investigation. And that is what you and I call snooping.
Finally, let’s put the recycling figures into context.
Recycling rates in Islington
When Labour previously ran Islington (up to 1998) the Borough had the lowest recycling rate of any Borough in London.(3.5%)
After losing control, recycling shot up, (quadrupling in four years and increased year on year.
(Let me declare an interest – from 2008-2010 I was the Councillor with responsibility for recycling.* I know well how hard Council Officers work on trying to reduce the amount of rubbish sent to landfill. It was heartbreaking to see good officers lose their jobs when in their first budget the 2010 incoming Labour administration axed the sustainability team.)
Conclusion
Islington’s recycling policy is unwanted and not working, but rather than trying to fudge or deny the figures, they have an opportunity to stop compulsion and concentrate on supporting and encouraging residents to recycle more.
In the meantime, beware Council Officers rifling through your rubbish , sifting for evidence .
TOP TIPS TO AVOID BIN SNOOPERS

-always shred any correspondence or documents
-If you are uncomfortable with Council snoopers looking through your bottles and tins, consider recycling direct to bottle bank or other facilities.
-Watch out for people dropping rubbish in your recycling box, or recyclables in your bin- you may face questioning, or be placed under suspicion
-If you face a fine or investigation, and want to take advice, feel free to contact me or your local Councillor
-lobby Labour Councillors to drop the mandatory policy 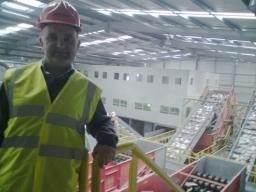