0n 21st February 2015 the Justice Alliance met in Runnymede and set out for Westminster as part of a JA event called Relay for Rights. 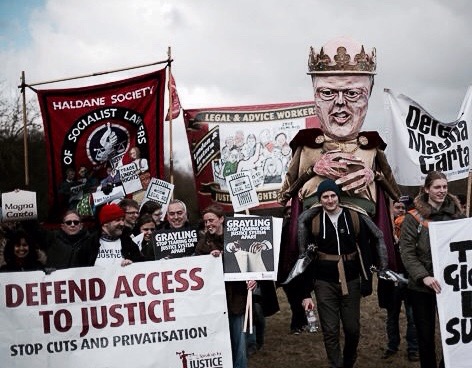 This finished on 23rd February with the “NOT THE GREAT LEGAL SUMMIT” In Westminster.

This was organised as a direct response to the hypocritical “Great” Legal Summit, which in the name of Magna Carta, was being used to promote the kind of law that in fact has no resemblance to the principles still celebrated from that historic document. 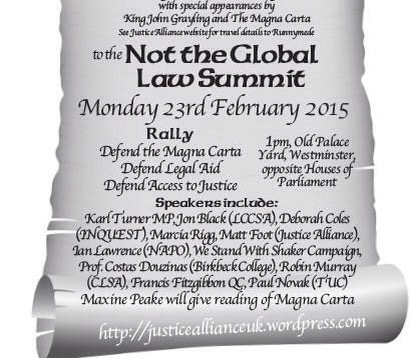 At the alternative event, on the inspiration of Justice Alliance member Rhona Friedman, I was asked to seek impeachment of the Justice Secretary Chris Grayling by asking the assembled crowd to vote on “articles of impeachment” .

The Articles put to the crowd, and their responses, are recorded below:-

Summary: One Resolution consisting of four articles of impeachment.

The articles will be debated and voted on individually

The original King John  had ruled using the principle of “force and will”, taking executive and sometimes arbitrary decisions, justified on the basis that a king was above the law.

800 years later, Chris Grayling, a man posturing as Lord Chancellor, takes executive and arbitrary decisions, and by seeking to remove the rights to Judicial Review attempts to place himself above the Law.

Article 1   MISLEADING PARLIAMENT AND THE PEOPLE

As Secretary of State, King John Christopher Grayling provided false and misleading evidence to the House of Commons regarding Judicial Review Reform, having either knowingly lied in order to try to get his bill past the Commons or fundamentally misunderstanding his own legislation.

The Secretary of State further provided false and misleading evidence to the Commons about probation privatisation projects in that G4S and Serco confirmed they had been granted new government work during a period when Grayling had told MPs that contracts would not be awarded   Remember SERCO are the robber barons who claimed for supervising the dead!

TO THIS ARTICLE DO YOU THE PEOPLE FIND THAT KING JOHN CHRISTOPHER GRAYLING HAS MISLED THE COMMONS AND THE PEOPLE?

The Secretary of State has obstructed and diminished Justice by :

–Reducing the number of people who took mental health cases from 42,000 to 523 in one year

Banning books in prisons until Court Action forced  him to stop

TO THIS ARTICLE DO YOU THE PEOPLE FIND THAT KING JOHN CHRISTOPHER GRAYLING HAS OBSTRUCTED JUSTICE? 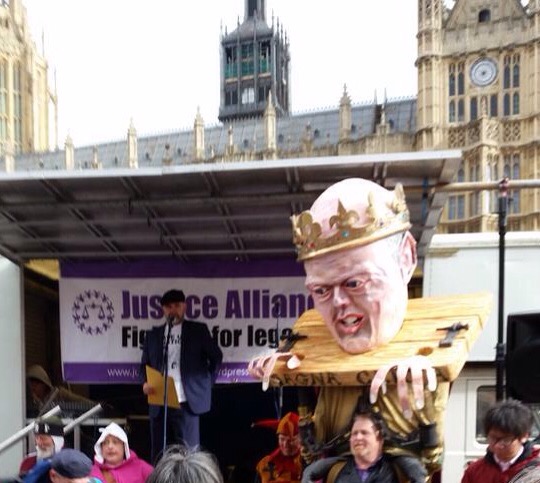 The Secretary of State misused and abused his office and impaired the administration of justice, in that

1. He forced through a privatisation of  Probation Service with no proper impact-assessment and at great risk
2. He has brought the Ministry of Justice into disrepute by “Flogging to the floggers” (contracting with the selling of legal services to Saudi Arabia, which has despotic judicial and barbaric punishment systems)
3. Whilst holding the title of Justice Secretary, he has practiced,supported and embodied INJUSTICE, and has been defeated repeatedly in the Courts.

TO THIS ARTICLE DO YOU THE PEOPLE FIND THAT KING JOHN CHRISTOPHER GRAYLING HAS ABUSED THE POWER VESTED IN HIM?

AS Lord Chancellor King John Grayling is charged with upholding the Rule of Law – We the people have by the above articles found him guilty of misleading Parliament , obstructing justice and abuse of power.

Do you the people therefore think he has properly discharged his constitutional duty in accordance with his oath of office to ensure the provision of services  for the efficient and effective support of the courts?

TO THIS ARTICLE DO YOU THE PEOPLE FIND THAT KING JOHN CHRISTOPHER GRAYLING HAS ABUSED HIS OATH OF OFFICE-HOW SAY YOU, AYE OR NO?

Lastly do we the people on this fake anniversary of the Great Charter find him to be an Upholder OF THE RULE OF LAW?  AYE OR NO ?

The People voted No

KING JOHN GRAYLING WAS DULY IMPEACHED- SO SAID WE ALL!

He was then conveyed, in stocks, amidst a jeering crowd,  to the “Great Legal Summit” , wherapon the Crowd did chant “Failing Grayling -out, out, out!”

But alas, he stayed in, and the will of the people once again was overborne.

800 years after it was sealed, people still remember the Magna Carta.

Grayling, if recalled in history at all, will be remembered about as fondly as his medieval predessor, the hated King John. 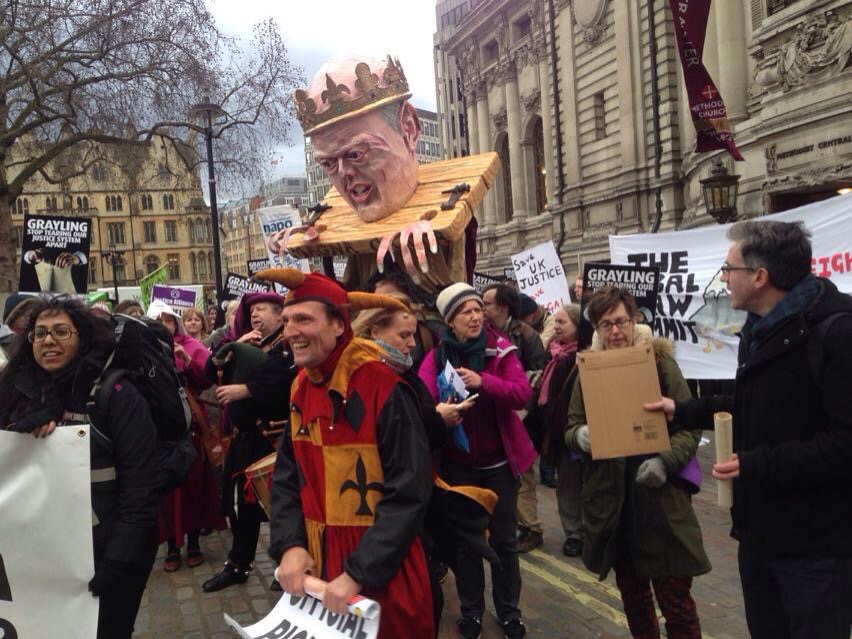